Last week, Attorney David Glod obtained a decision from the Massachusetts Land Court awarding his clients over $532,000 in a dispute over a piece of commercial real estate. The case was tried last summer before Judge Foster, and this final judgment comes after several rounds of post-trial filings.

The case involved two families who jointly owned a small commercial plaza in Peabody, Massachusetts. In 2010, the Defendants encountered financial difficulties and asked that the Plaintiffs temporarily allow them to retain the Plaintiffs’ 50% share of the property’s rental income. The Plaintiffs agreed, provided that the retained amount eventually be repaid with interest. This agreement was extensively discussed, but was never documented due to the parties’ nearly lifelong friendship. 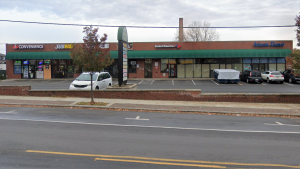 Attorney Glod brought the action as a partition proceeding, forcing a court-supervised sale of the real estate for $2.8 million. The proceeds were partially distributed to the parties, with enough being held back from the Defendants to satisfy the amount the Plaintiffs claimed they were owed. This was followed by a trial on the Plaintiffs’ breach of contract claim. The case was complicated by an almost complete absence of documentation relating to the loan. The Plaintiffs had to prove the existence of the loan through their testimony and circumstantial evidence, in the face of the Defendants’ testimony that the money had been given to them as a gift. Another obstacle was that the Plaintiffs resided overseas and were unable to travel to Massachusetts, so that their testimony had to be presented remotely.

Ultimately, the Plaintiffs’ efforts paid off as the Court awarded them every dollar they claimed at trial in loan principal, interest, and several smaller amounts related to the Defendants’ mishandling of funds. However, the case provides a lesson in the importance of properly documenting any substantial financial arrangement—no matter how much you might trust the other party at the time. Much of the difficulty here, and perhaps the lawsuit itself, could have been avoided with appropriate documentation ten years ago.

Disclaimer: This summary is provided for educational and informational purposes only and is not legal advice. Any specific questions about this topic should be directed to attorney David Glod.

About Rich May. P.C.

Rich May, P.C., a law firm founded in 1937 and located in the heart of Boston’s financial district, concentrates its practice on corporate, financial, civil litigation, energy, real estate, entertainment and wealth planning matters. The firm’s clients include a broad group of businesses in New England and throughout the country. Rich May provides the breadth and depth of expertise generally associated with large, national firms, while maintaining the prompt, personal service found in smaller, regional firms. Rich May’s clients have direct access to experienced attorneys who are familiar with both the client and the area of inquiry and can provide timely and practical legal solutions.

Rich May has been elected and admitted as a member of Ally Law. This membership, which provides affiliations with more than 2,800 lawyers at over 70 firms in 50 countries, supplements our ability to assist clients throughout North America and around the world.

Sign up to be notified when new Rich May news and insights are posted.