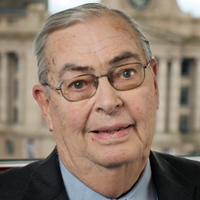 In memory of our beloved friend and mentor: Walter Landergan studied, practiced, and loved the law at Rich May, P.C. from 1953 to October 5, 2018. Walter was at the heart of Rich May for 65 years, shaping the Firm and serving as a Managing Director for nearly his whole career.

He was a mentor to many young lawyers, was esteemed by his professional peers, and served as trusted counsel to his clients for decades. Walter will be missed by everyone at our Firm and by our clients. We are so pleased to have dedicated our main conference room in his name in 2016. He can never be replaced. Rest in peace, our dear friend, Walter L. Landergan, Jr. 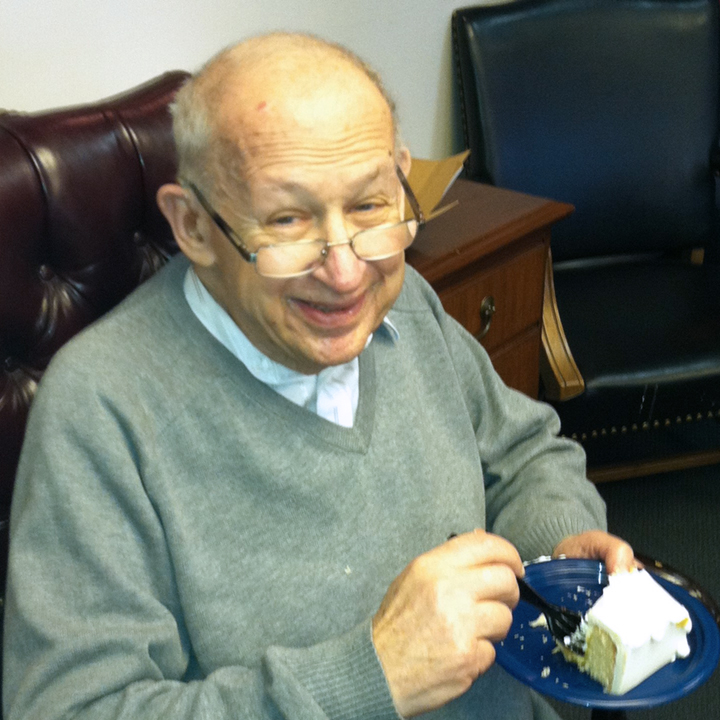 Harold joined Rich May in 1945 after graduating first in his class at Harvard University Law School.* Harold practiced law at the firm for 71 years as a corporate and energy lawyer, and counseled Rich May clients with sage advice until his death in 2015.

Among Harold’s noteworthy legal activities were his argument at the United States Supreme Court in 1975 to invalidate the federal Oil Import Fee, his effort in helping to bring liquefied natural gas and synthetic natural gas service to New England during the 1970-80 decades of natural gas shortage and curtailment and his pioneering effort with others of the firm to change the practice and procedure for achieving immediate possession of lands and easements taken by federally regulated interstate pipelines under federal law.

Harold Dondis was a Chess Master who once defeated Bobby Fisher.** He also wrote the weekly Boston Globe Chess Column for many years.

*Given the war-time emergency of 1941-45 Harvard Law School graduated only two L.L.B. candidates in June of 1945.
**Mr. Fischer was simultaneously playing against more than 20 opponents in a 1964 chess exhibit held in Fitchburg, MA.

Rich May Enjoys a Night at Fenway

Rich May Participates in Lawyers Have Heart 5K Road Race

We use cookies on our website to give you the most relevant experience by remembering your preferences and repeat visits. By clicking “Accept All”, you consent to the use of ALL the cookies. However, you may visit "Cookie Settings" to provide a controlled consent.
Cookie SettingsAccept All
Manage consent